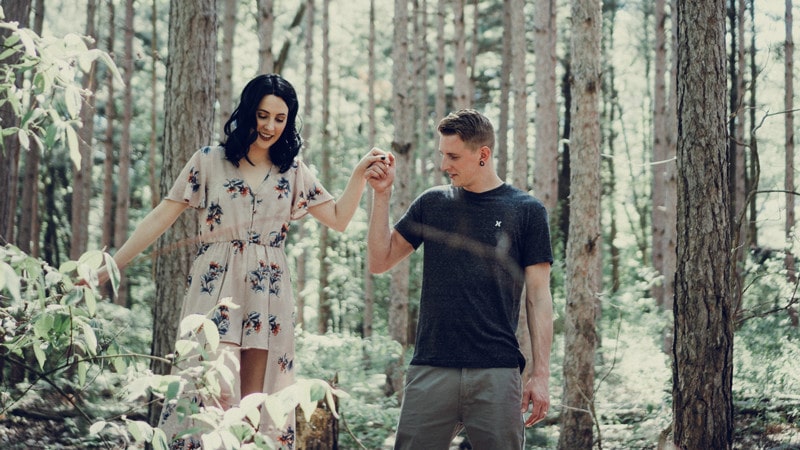 Words Guys Say When They Have a Crush on You: 20 Clear Signs

Not knowing where you stand with a guy can be pretty frustrating. Are the feelings you’re having one-sided or is there more to this? If only there was some way to figure out whether he likes you back! Well, maybe there is — here are some words guys say when they have a crush on you.

Cynics might think that men will say anything to get what they want — but their words are far from meaningless. The way a guy phrases his statements can tell you a lot about the way he feels about you. With that in mind, let’s sift through the different things men say to show their romantic feelings. 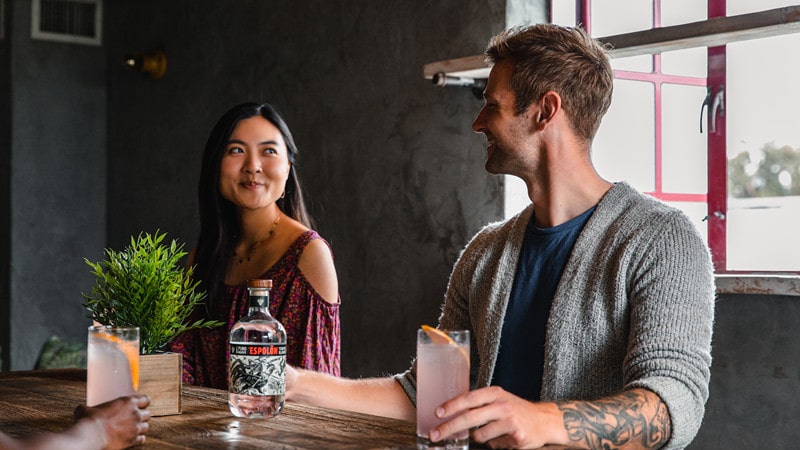 Most women aren’t particularly keen on dealing with late-night WYD messages. Still, if a man actually manages to spell out the sentiment, it may mean that he really likes the woman he’s talking to. After all, when you like someone, you’re interested in hearing about their life. But before he feels comfortable asking in-depth questions, he’ll start with something like: “What are you up to?”

Once again, many women will recognize this phrase from their DMs. If you publicly state that you’re planning to sleep in or take a shower, you almost expect some men to automatically respond with “do you need company?” comments.

But that’s not what we mean by this here. Namely, if a guy is often trying to join your plans, it means that he’s making an effort to spend more time with you. However, he could also be more direct at expressing that desire.

3. We Should Hang Out More Often

If a man says you should “hang out more often” or tries to schedule solo hangouts with you even though you’re both in the same friend group, it’s a sure sign he’s into you. He probably misses you when you’re apart. In fact, if you want to tease him a bit, you could ask him why he wants to see you alone. Make him declare his intentions!

When guys like someone, they usually make an effort to stay close to them. So in reality, he may not even ask if he can sit next to you. He might just assume that that’s his rightful place! It’s up to you to dissuade him of that idea — or let him stick to you like glue, whichever you prefer.

Like the previous phrase on this list, this one is a clear indicator that a man is looking for excuses to touch you. If he tends to linger in a hug or brush against you, he’s probably crushing on you!

If you hear this phrase, you’re walking a thin line between being a man’s crush and being perceived as one of the guys. But if he’s telling other people how funny you are, you can be pretty sure it’s the former!

If a guy tells you you’re the “only one who understands him,” it’s safe to say that romantic feelings are involved. After all, that kind of connection usually translates pretty well into a relationship!

8. I’ve Never Told Anyone This

When a guy starts sharing things he’s never said to anyone else, that’s when you’ll know you have him hooked!

Asking about your mental health is one of the best indicators that a man holds you in high regard. He’s not just physically attracted to you — he really cares how you’re doing!

It’s one thing to ask about how you’re doing, but if a man is offering his support? He’s half in love with you already! 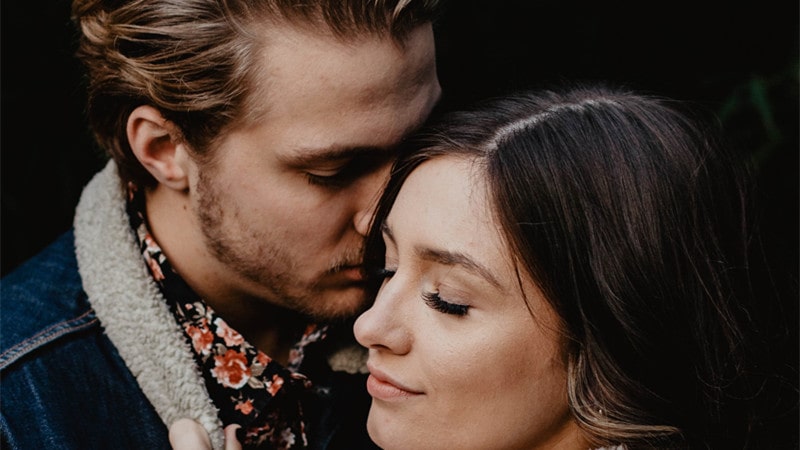 If a man offers you his hoodie when you’re cold, he probably likes you. On the one hand, it’s only natural for him to offer warmth if he has extra layers and you don’t. But if he specifically offered you his hoodie when other women are in a similar predicament, it’s probably about you.

This also applies to letting you borrow — or rather, volunteering to lend you — other items. Essentially, he knows you’ll have to see him at least one more time to give it back.

In the beginning stages of courtship, some men will fall back on familiar playground techniques of using mild insults on their prospective mates. But don’t worry. Even if he calls you annoying, that probably just means he can’t stop thinking about you — unless you’ve been overbearing.

As a man’s cool facade begins to crack, he won’t be able to stop himself from giving you compliments. First, he’ll start with the way you style your hair or clothing. Those kinds of comments are usually designed to test the waters before he reveals his feelings.

14. You Have a Killer Smile

If a guy notices your smile (or the way you laugh, for that matter), he probably spent some time glancing at your lips. Why would he do that if he didn’t like you?

Most guys don’t comment on a girl’s appearance unless they’re crushing on her! Of course, if the man you’re thinking about does that to other women, you may be dealing with a player. But even so, players can develop crushes too!

Admittedly, this comment can inch dangerously close to the “not like other girls” trope. Still, he’s probably saying it with the best intentions.

17. When We Date/Get Married

Implying that a relationship between you two is inevitable is a well-known tactic of lovesick men. For example, he might say “if you were my girl, I’d buy you flowers every day.” The teasing tone conceals his true feelings!

If a man says this, you should have no problem determining his intentions. Naturally, he’s trying to find out if you’re open to dating him!

Whether he asks for your number or starts with your Instagram, Twitter, or TikTok handle, his real goal is to see more of you!

Once a man starts asking questions with the goal of getting to know you better, you can be sure he’s into you. He might want to learn about your music preferences, hobbies, or even your home life. Either way, if a man is handing you the mic during a conversation, his feelings are probably involved! 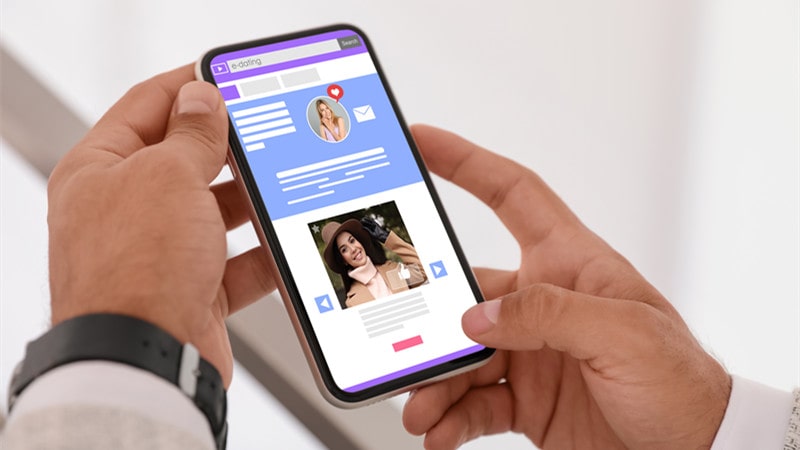 Finding a love interest can be tough, but there are ways to make the journey easier. For example, you could 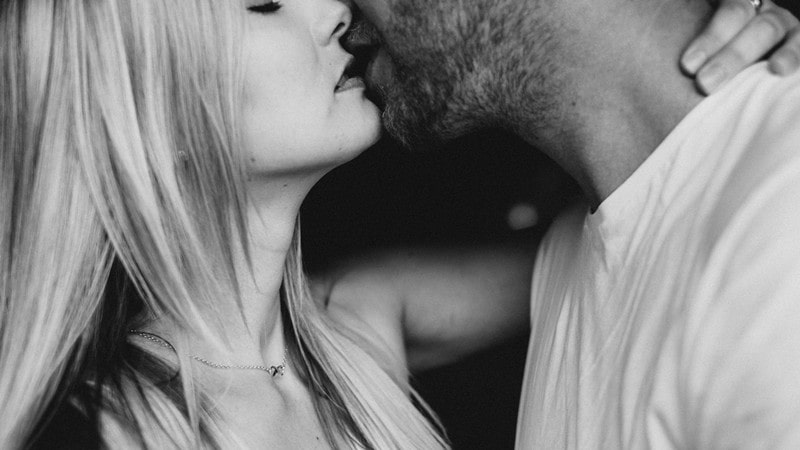 Is anything in this life more exciting than the sensual dance that happens between two prospective lovers? The flirtatious looks,

PrevPreviousWhite Butterfly Meaning: A Guide on Symbolism
NextCuddle Time: How Do Cats Choose Who to Sleep With?Next
Menu
Copyright © 2022 FreeWordCentre.com All Rights Reserved.